“When Jesus came to Simon Peter, Peter said to him, “Lord, are you going to wash my feet?” Jesus replied, “You don’t understand now what I am doing, but someday you will.” “No,” Peter protested, “you will never ever wash my feet!” Jesus replied, “Unless I wash you, you won’t belong to me.” Simon Peter exclaimed, “Then wash my hands and head as well, Lord, not just my feet!”
‭‭John‬ ‭13:6-9‬ ‭NLT‬‬

“Jesus knew that the Father had given him authority over everything and that he had come from God and would return to God.”
‭‭John‬ ‭13:3‬ ‭NLT‬‬

“So he got up from the table, took off his robe, wrapped a towel around his waist,”
‭‭John‬ ‭13:4‬ ‭NLT‬‬

“When Jesus came to Simon Peter, Peter said to him, “Lord, are you going to wash my feet?” Jesus replied, “You don’t understand now what I am doing, but someday you will.” “No,” Peter protested, “you will never ever wash my feet!” Jesus replied, “Unless I wash you, you won’t belong to me.” Simon Peter exclaimed, “Then wash my hands and head as well, Lord, not just my feet!”
‭‭John‬ ‭13:6-9‬ ‭NLT‬‬

“After washing their feet, he put on his robe again and sat down and asked, “Do you understand what I was doing? You call me ‘Teacher’ and ‘Lord,’ and you are right, because that’s what I am. And since I, your Lord and Teacher, have washed your feet, you ought to wash each other’s feet. I have given you an example to follow. Do as I have done to you. I tell you the truth, slaves are not greater than their master. Nor is the messenger more important than the one who sends the message. Now that you know these things, God will bless you for doing them.”
‭‭John‬ ‭13:12-17‬ ‭NLT‬‬
at April 26, 2020 No comments:

When The Hero Dies For The Villain

“In the beginning the Word already existed. The Word was with God, and the Word was God. He existed in the beginning with God. God created everything through him, and nothing was created except through him. The Word gave life to everything that was created, and his life brought light to everyone. The light shines in the darkness, and the darkness can never extinguish it. God sent a man, John the Baptist, to tell about the light so that everyone might believe because of his testimony. John himself was not the light; he was simply a witness to tell about the light. The one who is the true light, who gives light to everyone, was coming into the world. He came into the very world he created, but the world didn’t recognize him. He came to his own people, and even they rejected him. But to all who believed him and accepted him, he gave the right to become children of God. They are reborn—not with a physical birth resulting from human passion or plan, but a birth that comes from God. So the Word became human and made his home among us. He was full of unfailing love and faithfulness. And we have seen his glory, the glory of the Father’s one and only Son.”
‭‭John‬ ‭1:1-14‬ ‭NLT‬

For Jews, John’s use of logos would have evoked the phrase “the word of Yahweh.” This title was an important part of biblical traditions about Yahweh and His effective power over the universe. The phrase was regularly used to refer to Scripture as divine law (Isa 2:3), written instruction (Psa 119:11), and prophetic revelation (Hos 4:1; Ezek 6:1). More important, the “word of Yahweh” was depicted as an active force at work in the world to accomplish His will (Isa 55:11; Jer 23:29). This force was the agent through which Yahweh created the world (Psa 33:6, 9; Gen 1:3, 6, 11).

For Greeks, the idea of “the Word” as God’s active agent on earth would have resonated with the Greek notion that the Logos was the stabilizing principle of the universe.

“One day Jesus was in the Temple area teaching the people. He was telling them the Good News. The leading priests, teachers of the law, and older Jewish leaders came to talk to Jesus. They said, “Tell us what authority you have to do these things. Who gave you this authority?”

Jesus answered, “I will ask you a question too. Tell me: When John baptized people, did his authority come from God or was it only from other people?” The priests, the teachers of the law, and the Jewish leaders all talked about this. They said to each other, “If we answer, ‘John’s baptism was from God,’ then he will say, ‘Then why did you not believe John?’ But if we say that John’s baptism was from someone else, the people will stone us to death. They all believe that John was a prophet.”

So they answered, “We don’t know the answer.” So Jesus said to them, “Then I will not tell you who gave me the authority to do these things.”
‭‭Luke‬ ‭20:1-8‬ ‭ERV‬‬

“Christ died for us when we were unable to help ourselves. We were living against God, but at just the right time Christ died for us. Very few people will die to save the life of someone else, even if it is for a good person. Someone might be willing to die for an especially good person. But Christ died for us while we were still sinners, and by this God showed how much he loves us. We have been made right with God by the blood sacrifice of Christ. So through Christ we will surely be saved from God’s anger. I mean that while we were God’s enemies, he made friends with us through his Son’s death. And the fact that we are now God’s friends makes it even more certain that he will save us through his Son’s life.”
‭‭Romans‬ ‭5:6-10‬ ‭ERV‬‬
at April 12, 2020 No comments:

Jesus Is My Super Hero - Do You Know What Time It Is?

“Now as He drew near, He saw the city and wept over it, saying, “If you had known, even you, especially in this your day, the things that make for your peace! But now they are hidden from your eyes. For days will come upon you when your enemies will build an embankment around you, surround you and close you in on every side, and level you, and your children within you, to the ground; and they will not leave in you one stone upon another, because you did not know the time of your visitation.”
‭‭Luke‬ ‭19:41-44‬ ‭NKJV‬‬

“Jesus came near Jerusalem. Looking at the city, he began to cry for it and said, “I wish you knew today what would bring you peace. But it is hidden from you now. A time is coming when your enemies will build a wall around you and hold you in on all sides. They will destroy you and all your people. Not one stone of your buildings will stay on top of another. All this will happen because you did not know the time when God came to save you.”
‭‭Luke‬ ‭19:41-44‬ ‭ERV‬

‬
“They will crush you into the ground, and your children with you. Your enemies will not leave a single stone in place, because you did not recognize it when God visited you. ”
‭‭Luke‬ ‭19:44‬ ‭NLT‬‬

“that I may know him and the power of his resurrection, and may share his sufferings, becoming like him in his death,”
‭‭Philippians‬ ‭3:10‬ ‭ESV‬‬

In the preceding chapter, and in the preceding sequences of Jesus’ life He encounters two men, who, on the surface seem similar. But they each received Christ differently, leading to two different outcomes.

Luke‬ ‭18:18-25‬ ‭ESV
“And a ruler asked him, "Good Teacher, what must I do to inherit eternal life?"And Jesus said to him, "Why do you call me good? No one is good except God alone. You know the commandments: 'Do not commit adultery, Do not murder, Do not steal, Do not bear false witness, Honor your father and mother.'" And he said, "All these I have kept from my youth." When Jesus heard this, he said to him, "One thing you still lack. Sell all that you have and distribute to the poor, and you will have treasure in heaven; and come, follow me." But when he heard these things, he became very sad, for he was extremely rich. Jesus, seeing that he had become sad, said, "How difficult it is for those who have wealth to enter the kingdom of God! For it is easier for a camel to go through the eye of a needle than for a rich person to enter the kingdom of God."
‭‭‬‬

Luke‬ ‭19:1-10‬ ‭ERV‬‬
“Jesus was going through the city of Jericho. In Jericho there was a man named Zacchaeus. He was a wealthy, very important tax collector. He wanted to see who Jesus was. There were many others who wanted to see Jesus too. Zacchaeus was too short to see above the people. So he ran to a place where he knew Jesus would come.

Then he climbed a sycamore tree so he could see him. When Jesus came to where Zacchaeus was, he looked up and saw him in the tree. Jesus said, “Zacchaeus, hurry! Come down! I must stay at your house today.”
Zacchaeus hurried and came down. He was happy to have Jesus in his house. Everyone saw this. They began to complain, “Look at the kind of man Jesus is staying with. Zacchaeus is a sinner!”

Zacchaeus said to the Lord, “I want to do good. I will give half of my money to the poor. If I have cheated anyone, I will pay them back four times more.”

REPENTANCE - A change of attitude and action from sin toward obedience to God. The concept of repentance differs slightly in the Hebrew and Greek minds, but an emphasis upon right behavior is consistent throughout.

Jesus said, “Today is the day for this family to be saved from sin. Yes, even this tax collector is one of God’s chosen people. The Son of Man came to find lost people and save them.”

The Hebrew word that most closely approximates “repent” or “repentance” is translated into English as “return,” which basically means “to turn around and go in the opposite direction.”

The Greek word for “repentance” derives from a verb meaning “to radically change one’s thinking.” “Repentance” refers to an event in which an individual attains a divinely provided new understanding of their behavior and feels compelled to change that behavior and begin a new relationship with God

REDEEMER One who pays a price on behalf of an impoverished relative, in order to effect the release of the relative or his/her property (Lev 25:25–54). The New Testament uses this term in reference to Jesus, whose death comes to represent both payment for sin and freedom for the believer.

Prayer - My God, thank You for loving me, helping me to recognize who truly are. I thank You for revealing my sin to me, allowing me to repent, and prompting me to restore to anyone that I’ve wronged. I love you.
at April 07, 2020 No comments: 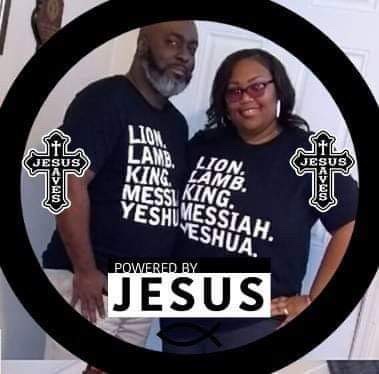